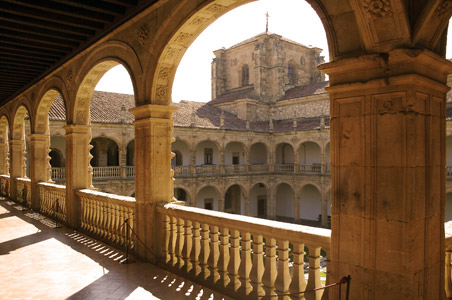 The fifth Workshop on Combinatorial Optimization, Routing and Location is organized by six Spanish Universities under the umbrella of the OPTIMOS3 research project. It provides a forum in which to present the recent results obtained by the members of this research team and colleagues in the field of mathematical optimization and their applications to problems of Routing and Location.

Participation in the workshop is restricted; therefore, if you are interested in attending the workshop contact any of the researchers ÓPTIMOS3.

We use cookies in order to be able to identify and authenticate you on the website. They are necessary for the correct functioning of it, and therefore they can not be disabled. If you continue browsing the website, you are agreeing with their acceptance, as well as our Privacy Policy.

Additionally, we use Google Analytics in order to analyze the website traffic. They also use cookies and you can accept or refuse them with the buttons below.